As we walked up to the LNER Community stadium, I was filled with excitement to see for the first time the newly built York Knight’s Community Stadium. After a warm welcome from the town crier, we made our way down a hallway with large photo stands of thrilled Club Wilber children enjoying an array of exciting activities. 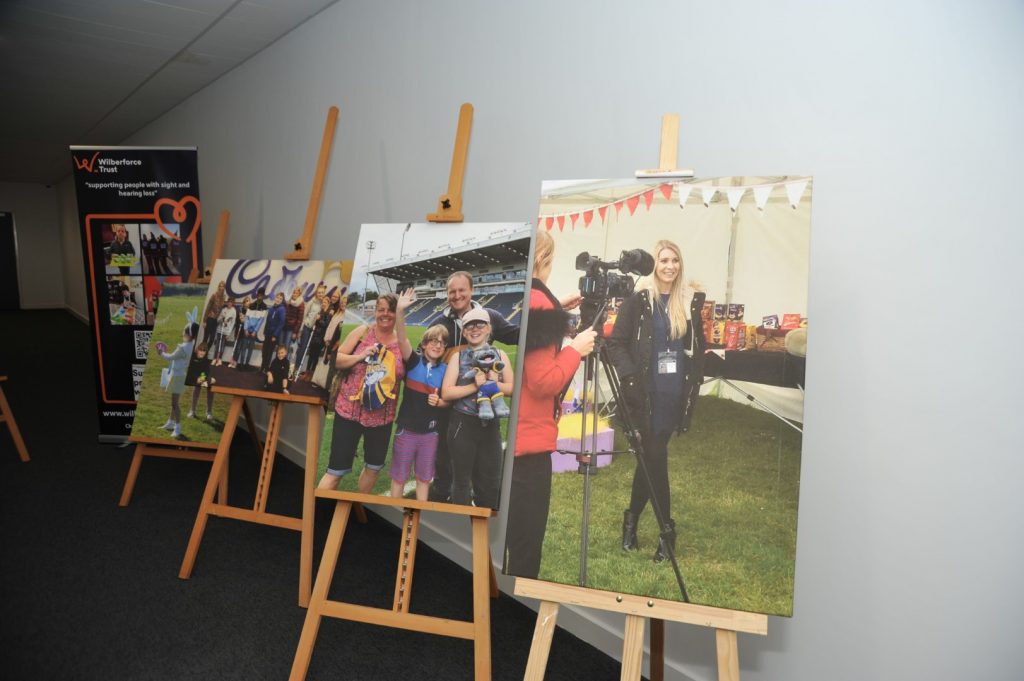 After being greeted by a chatty sea of people, we headed to the bar for our complimentary glass of fizz! We took time to step back and take in our surroundings; a spacious room with commanding floor to ceiling windows and a luxury balcony running its length. We stepped out onto it and looked over the pitch where our very own Club Wilber ambassador, and York city Knight’s hooker Will Jubb, represents his proud club. As the night sky slowly darkened over the pitch, I had a feeling this would be a special evening.

With everyone enjoying being back in the company of their friends and colleagues, many took the opportunity to have a photo in front of our Club Wilber backdrop with hired photographer Nikki Bowling whilst the rest of us were kept enthralled by our entertainer for the evening, magic Dan (Dan Voakes), and his stunning tricks! 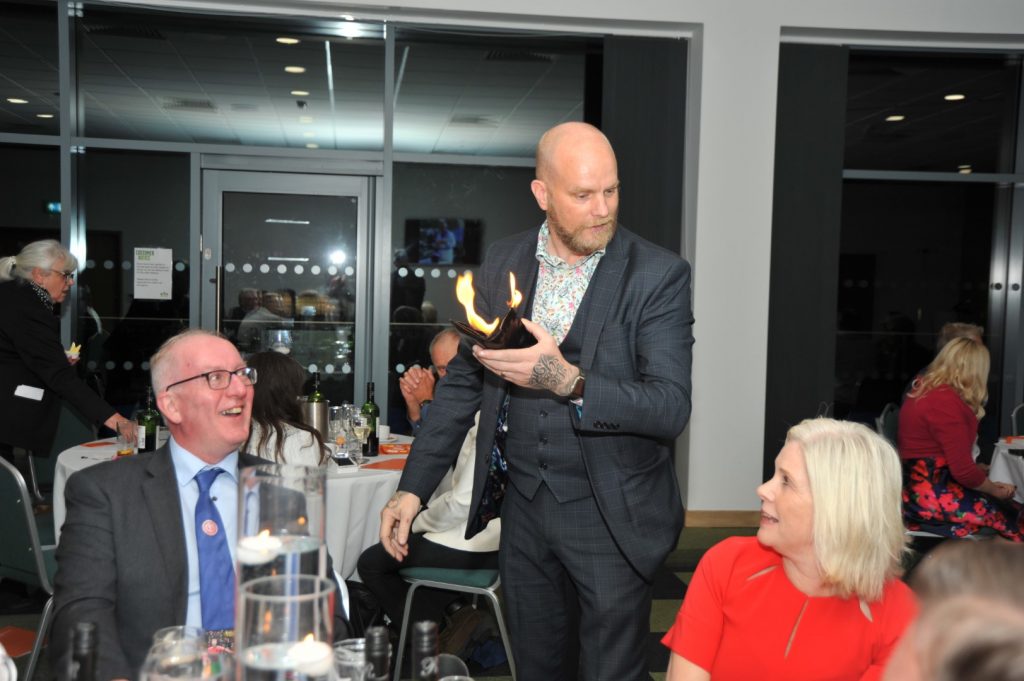 As we took our seats at our tables we listened to the Wilberforce Trust’s Chief Executive Officer, Phillipa Crowther and Head of Operations, Samantha Scholey. Their passion for the charity shone out through their speeches. Phillipa gave great insight into The Wilberforce Trust, speaking of the charity’s future plans and why Club Wilber is so important. Samantha spoke of how her role models influenced her career direction, and how having people to look up to can really shape our decisions and from a young age give us the courage to take the next step in our journey.

Autohorn were suitably recognised and thanked for their sponsorship before we were served a meal which tasted every bit as delightful as it looked! A starter of Leek and Potato soup preceded a main of roast chicken with cannellini beans, sundried tomatoes and wilted greens, all paired with a lovely white or red wine!

Wilberforce Trust’s Head of development, Jane Carter with the help of Nigel Limb ‘blindbloke racing’ led a game of sit down, stand up with a sports theme. We all had to strike a pose – hands out catching a ball, or arms outstretched miming a motorbike. Nigel was facing the wall and would then strike his pose, whoever didn’t match his was out, Will Jubb and the Mayor of York made the final four. The game resulted in a lot of laughter and some great photos, that without context, would have viewers questioning “what an earth are they up to?” 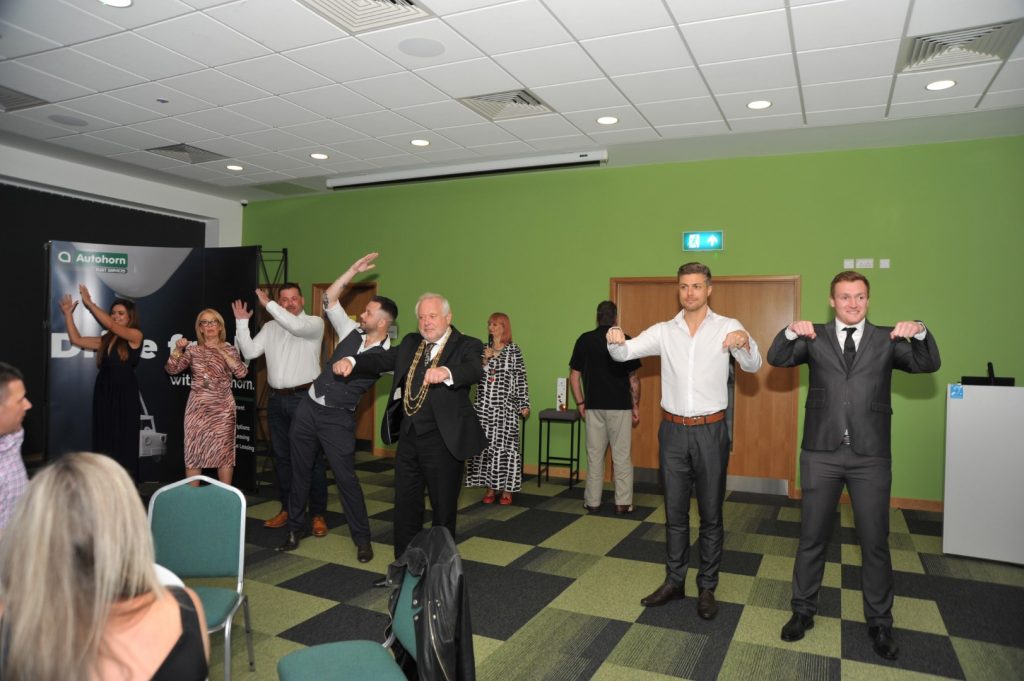 It was then time to hear from our sporting Heroes. BBC Radio York’s Ellie Fiorentini spoke to Nigel Limb, Will Jubb, and Team GB goalball player Antonia Bunyan. Each sporting hero had their own moment to talk glowingly about their love for their sport and how their visual impairment has impacted them. They gave valuable advice to children and adults alike about not letting a visual impairment stand in the way of your hopes and dreams. The accounts were astonishingly honest, insightful, and raw. We cried, we laughed, and we were most definitely inspired. 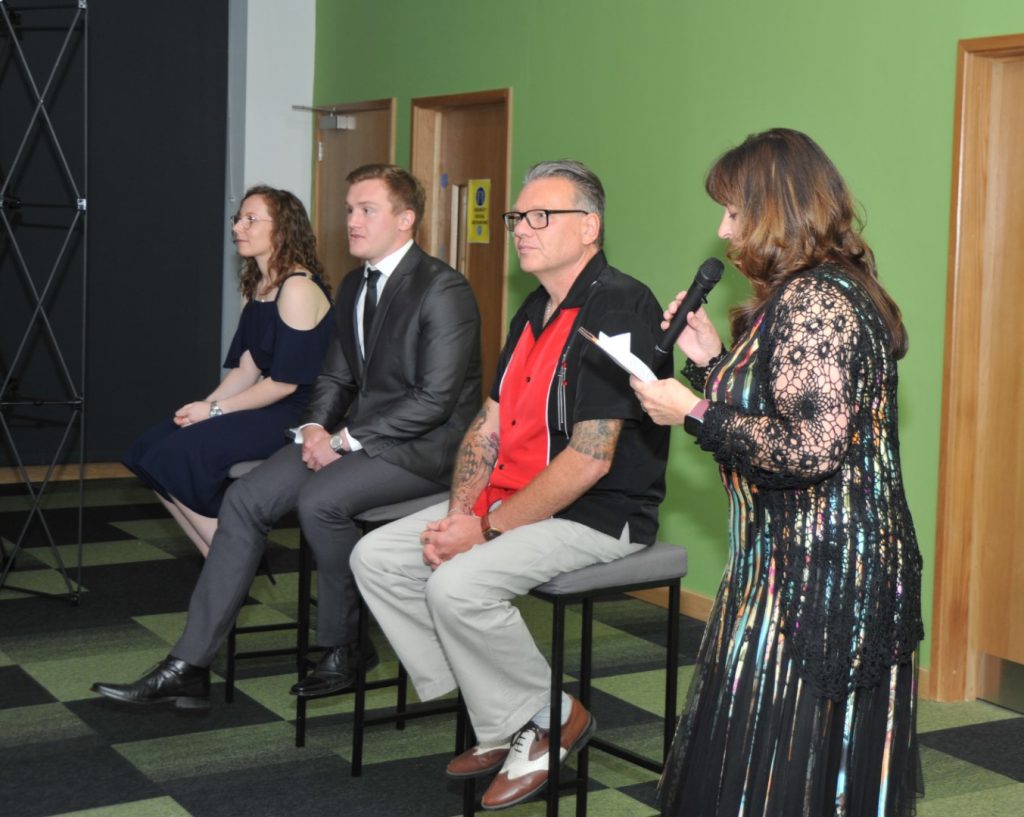 Guests hurriedly bought the last remaining raffle tickets. With prizes donated by Apple, The Ivy and The Marriott it’s no wonder the raffle was a hit! There was a sealed bid auction too, with some impressive signed sport memorabilia.

Our welcome third course arrived, a delicious eton mess lemon tart with raspberry mouse, topped with edible flowers! Tea and coffee with mints were enjoyed whilst guests chatted, networked, and enjoyed more wonderful tricks by a magician who was leaving us bewildered.

All too soon, the night came to a close. With grateful thanks to the hosts, our sponsors and some very inspirational speakers, the night was a huge success, raising vital funds to aid Club Wilber in the fantastic work it does.

After all these months of social distancing and cancelled plans, it has been so nice to finally have an event to get excited about. Although sad the night is over, I know this is just the start for our Club Wilber network and I can’t wait for more! If you came along, thank you for making the evening so enjoyable and supporting the great work that goes on at Club Wilber. For anyone who sadly could not make it, we really look forward to welcoming you to the next one!

I thoroughly enjoyed the evening and I’ll be sure to get a ticket for the next Club Wilber event!