The Wilberforce Trust are thrilled to announce that Will Jubb of the York City Knights has become an ambassador for our Club Wilber.

The Wilberforce Trust’s vision is to see a world in which all people with sight loss, including those with other disabilities, are truly integrated into society with equal opportunities in all aspects of life and to know that our passion and commitment have been influential in bringing this about.

Club Wilber provides a supportive environment and an opportunity to get together for families in the Yorkshire area, because many families with visually impaired children do not know anyone else in the same position and it can be a lonely experience. Our activities and events offer a chance to spend time with people that can share similar experiences and gain support and advice. 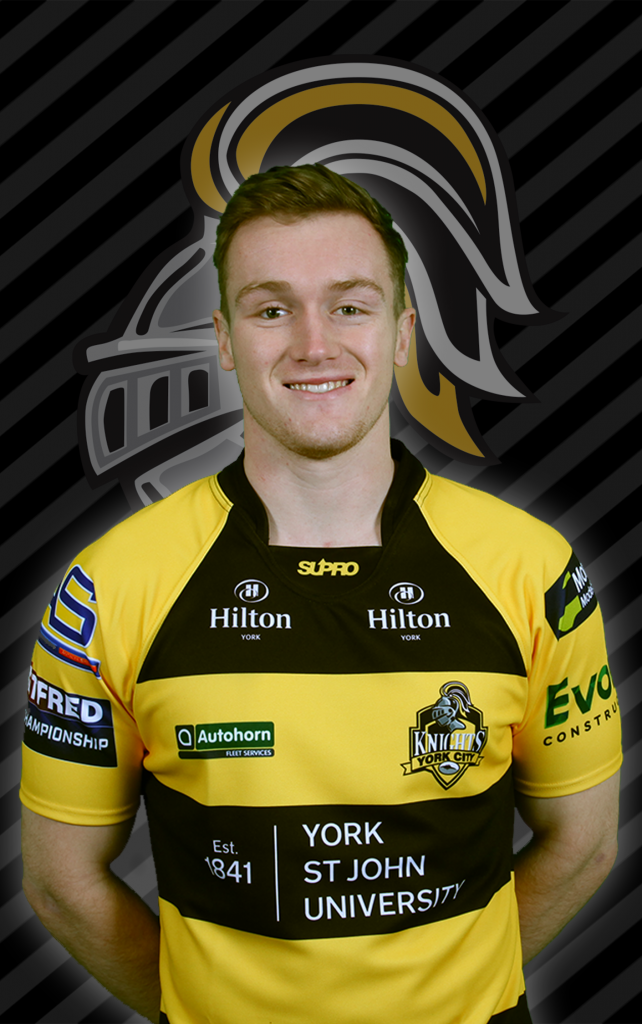 Will Jubb plays as a hooker for the York City Knights and has worked incredibly hard to become a semi-professional rugby player. Will was diagnosed with retinoblastoma in his right eye when he was two years old. He’d shown no signs of any discomfort at all and the cancer was only detected when his mum noticed that one of his pupils had a white glow in a picture that was taken. After visiting the optician and having numerous tests at the hospital it was confirmed that the cancer had grown to the point where Will needed to have his eye removed.

Will has never allowed his visual impairment to hold him back and was very active in different sports as a child.

His interest in rugby came from watching his brother play and so at age 10 he started playing for Hull Wyke. At age 15 he was signed on the Hull Kingston Rovers scholarship programme and continued playing for the academy until he was 18 and the two academies joined to become the City of Hull Academy. He spent one year at the new academy and then made his debut for Hull Kingston Rovers in a victory over London Broncos scoring a try in the process. After spending 3 years at Rovers he signed with York City Knight’s after spending time there on loan. In his first year as a contracted player he helped them win the league and gain promotion to the Championship.

“I want to be a role model to the kids to show them that sight problems shouldn’t hold them back from anything they want to do. I have been able to do everything I wanted to do, and it has never stopped me, so I want to inspire them to chase their dreams, not just in sport but in all aspects of life. I want to be proof that they can succeed and achieve whatever they set their minds to and Club Wilber is a brilliant way to include the kids and show them that it is possible to do these things.”

Samantha Scholey-Dyson, Director of Operations for the Wilberforce Trust said: “I am delighted that Will wants to be an ambassador as he is an excellent role model for the children of Club Wilber. He has overcome adversity to become a professional sportsman and has succeeded in his education too as he is currently studying for a PHD in Fishery Science.”